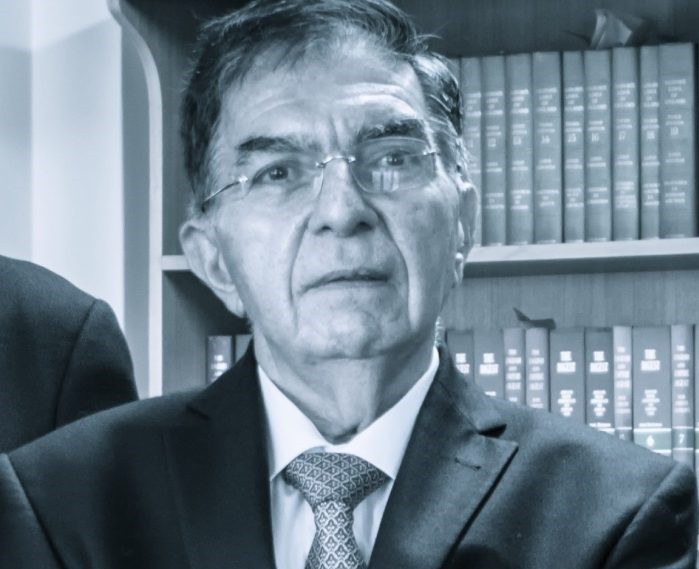 The legal profession extends to every act a man can imagine. We need the services of a lawyer when we get married or when we want to make a testament or when somebody dies and there is a conflict as to the succession to his estate by his heirs. We need his services when we make an insurance policy, or a tenancy agreement, either as a landlord or a tenant, or any other agreement in our life, or when we commit a civil wrong or vindicate a plot of land. All these apart to any criminal cases or cases in which there is a conflict between the state, as such, and the citizen, as for instance in administrative law.

On the other hand, economic progress is achieved only if the members of the society do their utmost to earn more profits and get better results in their effort. A good lawyer may give his assistance in all these aspects.

However, the most difficult problems arise not when a relationship is created but when this relationship comes to an end. Hence there are much more and difficult legal problems when a business is collapsed than when it is installed.

Having in mind the above, one must examine in which capacity somebody is acting when his economic collapse finds him.

A person in Cyprus may mainly act either as a private individual, or as a member of a company with limited liability, or as a partner in a partnership. The difference as regards liability is that a private individual, when acting as such, is liable towards third persons with all his property. On the other hand, when his is a shareholder in a company with limited liability, his liability extends up to the amount for which he subscribes in the memorandum of incorporation. If he is a member of a partnership, then it must be examined what kind of partner he is. Lastly, if he is a limited partner, then his liability is limited up to the amount for which he undertook. On the contrary, if he is a general partner his liability is with the whole of his estate, that is, it is unlimited.

In all the above cases, the problems start as soon as there occurs inability of payment of the debts.

In the case of a private individual, who has inability to pay his debts the debtor will face the consequences of his failure.

If there is failure by the debtor to pay a particular debt, there are circumstances under which his creditor may exercise a right of lien of movable property belonging to the debtor, which the creditor holds in his possession. Such a right exists for instance in favor of accountants, who may hold the files and accounts of the debtor till he pays them off. The same right has a lawyer which is exercised on the file of a case of his client which is handled by him. Right of lien may be exercised by bankers, architects, arbitrators etc., thereby giving security to the person who is exercising it.

However, this right of the creditor does not alter the status of the debtor or his relations towards third parties.

On the contrary, if it is considered that there is a general inability to pay, an order of bankruptcy may be issued against the debtor. Particularly when a person owes a certain amount of money to a third person, the creditor may initiate proceedings for the bankruptcy of the debtor.

The whole system is based on the philosophy of the law that if a debtor is unable to pay his debts, it is improper to allow all his creditors to run after him and sue him, filing actions as if they are in a race and competing each other as to who is going to be first satisfied. In such a case, many creditors might remain unsatisfied, whereas some others, who are more prudent or quick or lucky, may achieve to obtain judgement first and execute same against the property of the debtor. The result of this race, many times, might also depend on the willingness of the debtor himself to assist one or more of his creditors instead of others. Therefore, he could accept judgement by consent in favor of those creditors, whom he prefers and leave the others to remain remediless. There would also be a lot of cases between the creditors themselves as to their alleged rights towards specific chattels or items of the estate of the bankrupt. This would lead to multiplicity of proceedings and loss of time and money. Therefore, law in order to do justice, invented the system of bankruptcy.

According to this system, there are two categories of creditors.

Any fine which has been imposed on the debtor has to be satisfied prior to any other obligation. Any property which may be earned under any action for which leave of the Court has been granted must join the other estate of the bankrupt and be added to that to satisfy the creditors of the bankrupt. Furthermore, the bankrupt cannot pledge his credit by purchasing anything for which he does not pay in cash.

Additionally, the law creates certain criminal offences which may be committed by a bankrupt. All these offences have been enacted to punish any bankrupt who with intent to avoid or hinder his creditors, commits any act hiding or disposing of or alienating his property. Such criminal offences are, among others, the concealment of property or affairs of the bankrupt, failing to keep proper accounts, gambling, absconding of the bankrupt with his property etc..

Bankruptcy itself is not a criminal offence, and nowadays it is not anymore, a stigma to the social status of a person. It is just a financial status which is provided when there is a financial inability of a person to pay his debts.

As it is already said, a person who is unable to pay his debts, is liable towards his creditors with the whole of his property, whereas a shareholder of a company is liable only up to the amount for which he has subscribed in the capital of the company. Therefore, if the company collapses, the shareholder does not necessarily collapse. He may have much more property whereas the company may still owe to its creditors huge amounts. This happens due to the fact that a company has a legal entity. It is a distinct person. Therefore, the debts of the company are not debts of the shareholders.

The most usual case however is a petition which is filed by a creditor of the company due to the fact that the company is unable to meet its debts.

When a winding up order is issued against the company the property of the company vests with the Official Receiver as liquidator who has all the rights regarding its property.

The fact that a winding up order has been issued, does not lead necessarily to the dissolution of the company. It only helps in payment of the debts of the company. The payment of its debts will be in the same way which it is provided regarding the bankruptcy of a private individual. There exist here as well the secured and the unsecured creditors who are satisfied in the same way as they are satisfied in the case of a bankruptcy.

After the payment of the debts, the company may be dissolved, or continue operating as before. If there are any unsatisfied creditors, these cannot in principle proceed with any proceedings against the personal estate of any of the shareholders, unless he owes to the company any amount towards the shares for which he has subscribed.

The case of inability of payment of the debts of a partnership has similarity to both, the bankruptcy, and the winding up. In this case, one must have in mind that the partners or any of them may have common property with the other partners, which belongs to the partnership, or separate estate which belongs to him. In the case of a limited partner, the creditors cannot proceed against his personal estate for any amount over the one for which he has undertaken liability.

In spite of the fact that the partnership cannot be declared bankrupt, bankruptcy proceedings may be commenced against it, but, since partnership is not a distinct legal entity, the relevant bankruptcy orders will be issued against the individual partners.

The law is wise enough to give everybody the opportunity to restart afresh. Therefore, a bankrupt may start again his financial life after his discharge. There is no prohibition to this.

A company, if not dissolved, may restart after the conclusion of the winding up, and a partnership may start again after the discharge of the individual partners who are its members. This gives rise to a further progress of the community because it allows all its members to become active again and contribute to its financial evolution.

ALL THE ABOVE ARE IN GREEK