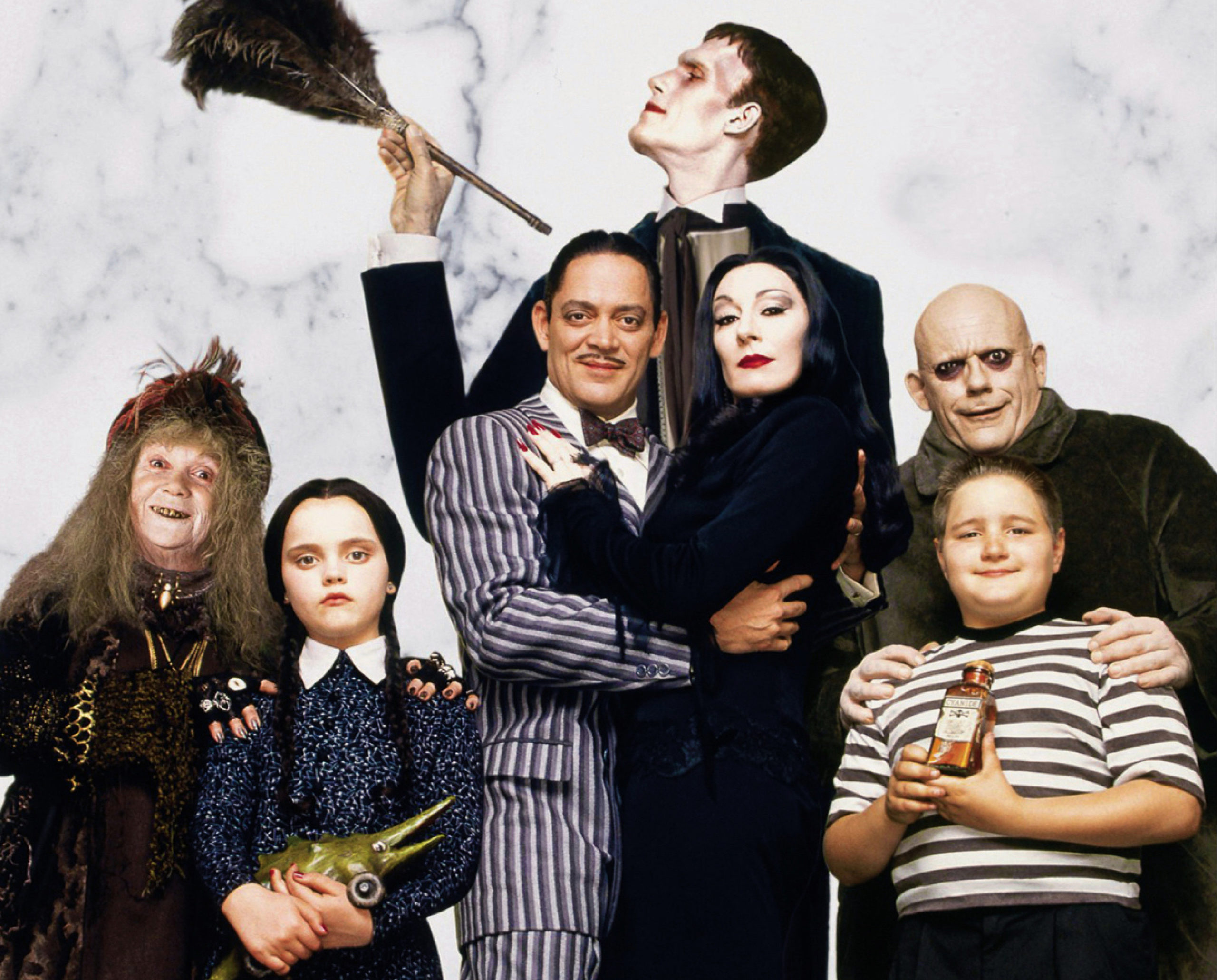 A Tale of Child Empowerment we Grew Up to: A Socio-Legal Commentary on The Addam’s Family

Numerous researchers have agreed that the television is a revelation portal of erroneous and demeaning depictions of women. Nevertheless, very few have researched the erroneous depictions and subjectification of children, contrary to the basic principles of the United Nations Convention on the Rights of the Child 1989 (hereinafter “UNCRC”). Similar to women, children as socio-legal actors have been largely diminished as media portals project and strengthen harmful societal stereotypes. According to Keisha Hoerner, viewers of all ages, but especially young viewers, are disproportionately affected by their “pervasive television teacher”. Every single one of us has in one time or another, being bombarded by these projections, especially in our early and more defining years of our life as animations, tales and family movies where at times our modus operandi . Growing up as a 1990s child, I had, as many other children, favourite movies, one of which was the Addams Family. I did not understand at first the reason I was so drawn on either Morticia or Wednesday. With the passing of years as I watch the movies and animations of the Addams, having the mindset of a junior researcher, it became clear that the Addam’s women constitutes a clear cut case of female empowerment in a period of time where diminishing people on the basis of gender, colour and age beleaguered, more than today, the everyday life of a tvphile. What further became obvious was the portrayal of Wednesday as a strong child with a voice of herself and a respect of everyone.

That said, this commentary focuses on children rights through the eyes of one of the most famous media sources, providing a socio-legal argument of how children should be really portrayed in media projects through a children rights analysis. The paper further argues that, in between power and powerlessness children are indeed independent actors and their family’s idiosyncrasies and/or the society’s belief of “normality” do not constitute a defining characteristic for their life. The commentary further argues that, the four basic articles of the 1989 Convention provide protection and hope for the youngest of generations and as such they should be projected through media as well.

The tale of the Addams family revolves around the life of a family which is characterised as “strange” by the community, mostly due to their black sense of humour and cynicism reality. Wednesday Friday Addams is one of the main characters created by the American cartoonist Charles Addams. The older daughter of Gomez and Morticia Addams is fascinated by sadistic realities and never smiles on demand. While her different depictions since her first appearance in 1964 Wednesday’s character remains a feminist role model. The pale girl with the dark black hair and the headless doll never afraid to step out and break the facade of societal normality. Wednesday remains a constant reminder that being “the other”, “the strange” or “the different” child is not even close to a bad thing and that wearing confidently your weirdness you can and be anything.
Wednesday was a bright child, something that her parent knew and so did she. She was a brainy, insightful paragon who never betrays her needs and desires, uniting her marginalised in an act of protest against conformism, classism, racism and sexism. She had a simple style and felt confident in her skin even when she was depicted in a teenage age were all teenagers and especially girls, have immense amounts of pressure to succumb to their own sexualisation. Wednesday could not care less about looking conventionally beautiful or conventionally feminine, diminishing third persons attempts to change her appearances, attitudes and interests. Vastly unconcerned about what others expected of her she pursued her own interests reserving her enthusiasm for special occasion. Speaking of enthusiasm though one could not also mention Wednesday’s prominent feature- her smile. Generally, as children we were constantly been told to smile, to be good, to kiss the auntie of family occasions or other special occasions, but not Wednesday. She was never been forced to act on command by her parents and when third people did, well she never succumbed to the societal stereotypes. She preserved a flame of strength in her as she wore her one true self proudly among a society who expected her to do otherwise.

As she wore herself proudly, Wednesday did not even care about the bullying and tease of other children. As children or even as young adults we encountered bitter individuals projecting their meanness on us either because of how we look, our taste in food, our accent and so on. Most of us we succumb to the pressure of being the cool kids by changing small bits of ourselves, by becoming day by day something we are not comfortable in, by not feeling comfortable with who we really are in general. Wednesday is a clear-cut paradigm of an unapologetic, unashamed young person who enjoyed whatever she did even is it was not considered “normal”. Some examples of such instances were when Wednesday took lunches to school that would move and remind everyone that there exists not such a thing as normal if something works for you. Wednesday had some unconventionally nourishing parents who encouraged her bold “weirdness”. They left her being an independently-minded young girl who took full control of her life, including her dating life. The movie further sent hopeful messages as she stays true to herself through it all, without insecurities or succumbing to the exigencies of social conformity or expectations.

Bearing in mind all the above, thirty years ago, the international community discovered the fact that the child is not only a human being in need of protection, love and care, but also, a subject of rights distinct of the rights of his/her parents and legal guardians. The new revolutionary Convention provoked challenges for the states, for the community, for adults and for the children themselves, as it comprehensively defined for the first-time rights, responsibilities and obligations. Children rights form an inter-disciplinary, yet legally based approach is a relatively unexplored area in academia and this is one of the reasons behind the writer decision to develop the current commentary.

The Convention is the result of the procedure of specialization of international human rights and constitutes a comprehensive code of conduct for both adults towards children and parents, and for parents and/or guardians towards their own children. Furthermore, the Convention provides a list of recognized specific and exclusive rights of the children in consideration of their peculiarity as a social and a legal subject. The best interest of the child was always taken into consideration by her parents as they left her own herself independently and away of any social stereotypes, expectations and gender conformity. Both Morticia and Gomez never projected their own interests on their children in a self-absorbing, ego-centric way believing that children should be moulded in accordance to their ethos, for the mere reason that they are older and wiser. Children have their own distinct voices, needs and character, and should never be blamed for the idiosyncratic characteristics of their families. The latter is rarely acknowledged by individuals who constantly define a person by their family. Moreover, the tale sends a powerful message to children that despite everything that is going on in their life, they should stand-up for what they believe, their voices matter and so does their life. It might have taken me 27 years to understand that the forces projected by Wednesday but mirroring her courage, strength and power to overcome social stereotypes, bullying, child-abuse and neglect. Wednesday might have “saved” herself at the end, but this is not the case for many children in the world, as bullying, neglection and abuse rise every year. Consequently, more tales that diminish harmful societal stereotypes and spread the knowledge of children rights around is much needed, provided that media portals constitute a defining factor in projecting and shaping the minds of young generations.

Conclusion:
The concept that children are right holders have been debated and denied by some, partly because they hold that it will cause conflicts, in particular within the family. While the current research did not examine this debate, the exclusion of international human rights for children on the basis of conflict, cultural relativism or complicated norms will not make the life of children less conflict-laden or qualitative better. Wednesday teaches us to be courageous, brave and never give up, to retain a small flame into our soul, even in the darkest of times, and lit it into a bonfire when ready. Thus, despite going through hardness, nothing defines us, except our courage, strength and kindness. The more children know about their rights, the less they will be bullied, terrorised, abused and neglected. Children rights give the power to young persons to fight through reporting and gain a life liberated from the hardness of stereotypes, taboos and abuse.